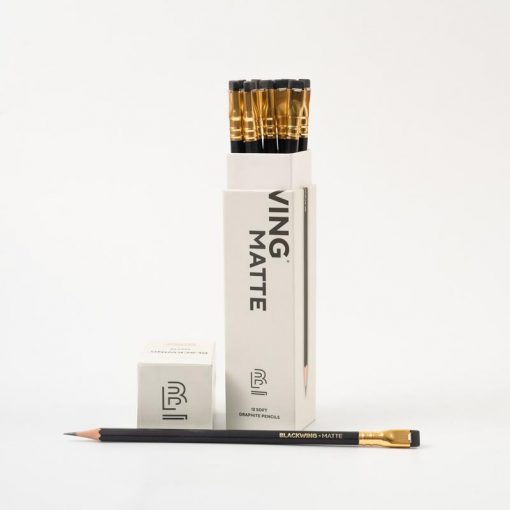 Blackwing’s roots go back to the 1930’s when the 602 model was first introduced by the Eberhard Faber Pencil Company. Over the years, the pencil with the unique rectangular eraser became synonymous with quality. Then, in 1998, after several corporate acquisitions, it was discontinued, but not forgotten. In fact, fans began paying as much as $40 on eBay for a single Blackwing pencil.

In 2007, we introduced our Palomino range of pencils using Genuine Incense-cedar and premium Japanese graphite. Artists and writers started comparing them to their beloved Blackwing 602s, and folks began asking us to consider reviving the Blackwing brand. We tapped into over 100 years of family-run pencil industry experience to re-introduce Blackwing pencils in 2010.

In the 10 years since its revival, Blackwing has grown from a single pencil into a culture. It’s a culture that’s all about living mindfully and finding balance in our fast paced lives.

Blackwing pencils are sold by the 12-pack only as reflected in the price.